One of the first clients I ever worked with in Greek life was an exceptionally well-known fraternity. They didn’t book the biggest acts or have the biggest budget, but their parties were epic. For the first party we worked on together, they were expecting thousands and thousands of people.

The previous year, things had gotten a little out of hand, and they sought us out to bring order to the chaos.

We tightened up the security and planned to set up two stages instead of one. Then we reached out to every regional band we could think of and told them that they had an opportunity to play in front of four thousand people, with the added bonus that we would shoot video footage of their performance.

After that, we went back to the fraternity and told them that we would record the event, in a way that highlighted all the best aspects of their party.

With two stages, we were able to coordinate the schedule so perfectly that there were no breaks in the sound. The moment one band strummed their final chord, the next struck their first note. There was a sea of people moving from one stage to another, having an amazing time.

In total, we booked fourteen bands across the two stages. By selling video packages to the entertainers themselves, we were able to cover the cost of making the recordings. The fraternity got a free promotional video, and the bands, several of which are now national acts, were still using the footage to demonstrate how they could command a crowd years later.

The following year, the same fraternity hired us again, this time with twice the budget. They simply hadn’t realized what was possible. Once they did, their ambitions skyrocketed.

We produced a day festival for them, with multiple stages and a roster of up-and-coming bands. That was five years ago. Nowadays, the party is huge, and it’s still getting bigger. It’s lost the sleazy air it had when we stepped in, and it has the potential to grow even more.

When people saw what was possible, the chapter decided to direct more of their budget toward the event. Social chairs are always battling to secure funding. The big takeaway from this show is that, when you demonstrate to people what’s possible with their money, they’ll be willing to give you more.

Additionally, fraternity parties are coming under constant scrutiny. In the age of smartphones, we all are. Sometimes it’s warranted, and sometimes parties get shut down or stopped simply because they get a bit out of control.

By cleaning up an event that was heading in the wrong direction, we turned it around and made it stronger than ever. Now it has a great reputation and has become a highly anticipated event throughout the community.

On another occasion, we were working with a very large chapter fraternity to produce a massive event. They could book almost any artist they set their minds to, but the one they wanted wasn’t available.

What do you do when the going gets tough? Think outside the box. The entertainer they wanted to book was doing a sponsored private event for Coca-Cola. The event was taking place in the same town as the party we were putting together, with no radius clause, a week after the scheduled date of the show.

We approached the band and told them that, yes, we knew that they were worth $25,000, but we also knew that they were going to be in town anyway. We had $12,000. If we moved the event back a week, would they perform for us on the Saturday after their sponsored Friday night gig for Coca-Cola?

Twenty-four hours later, they came back to us and told us that we had to sign an agreement stating that we would not talk about or otherwise promote the show, and that we would not disclose what we were paying them. Our client said: “Great, where do I sign?” They got an awesome show from a $25,000 act for $12,000. Today, the same act is booking for $50,000.

Sometimes, if you want to make an impact in a certain field, you need to manufacture your own reality. In this case, we found a way to ride the coattails of another event to bring in an act that would otherwise have been way beyond our client’s price range.

If you’ve read this book from cover to cover, you know exactly how to go about creating a party just like those I described above, one that will bring honor to your chapter and envy to every other fraternity. If you’ve chosen to thumb through this book, you have an idea of what’s possible and, hopefully, big ideas that you’re excited to execute.

You can use it as a reference to guide you on the journey, and then pass it on to someone else who can benefit from it.

Ultimately, the aim of this book is to educate people so that they have cooler, safer events and get better value for their money. In case you come across something that you think is missing, you can email me at hello@turnipbloodent.com and let me know. Perhaps your suggestion will make it into a future edition.

To learn more about Turnipblood Entertainment, take a look at the company website, www.turnipbloodent.com. I’m always happy to talk with you about anything you’ve read in this book, answer any questions you may have, and point you in the direction of specialists who handle any aspects of your business that we don’t get involved with.

Ten years ago, half the bands we worked with wouldn’t even have considered playing fraternity houses. The landscape has changed so dramatically that any kind of live enter- tainment that will further their careers and give them a payday has started to look more appealing.

The situation for artists is not getting any better. Oppor- tunities to earn money are becoming fewer and farther between. The recording industry has tanked, and even the lucrative festival scene is becoming diluted and losing attendees.

For that reason, I think private events will only continue to grow as a source of amazing entertainment for partygoers and a solid revenue stream for artists. There are many technological advances, but the principles are constant. Every private event requires someone to book the talent and a team to organize and run the production.

The desire to create and the desire to be entertained will not die, but the medium in which they are expressed will continue to evolve.

Don’t be afraid to think outside the box and make extraor- dinary things happen. Twenty years ago, it would have been impossible to predict the growth and development of fraternity parties. Who knows what will be possible in another decade or two?

These are exciting times.

Read more in this series

WHO CAN HELP YOU?

Maybe you’ve read through the content series so far and decided that putting together your own event sounds like far more work than you’re willing to undertake.
Maybe you skipped to this section straightaway because you already knew that.
Alternatively, maybe you want to take on most of the responsibility for your show, but you’d like some help with key elements of it.
Read More >>>

From our content series "The Perfect Southern Fraternity Party"

1. Congratulations, you're the social chair. Now what?

2. How not to throw a party
3. The parties you'll plan
4. The social Calendar
5. Order of operations

6. now you're the producer
7. book your entertainment
8. produce your events
9. The Advance
10. The Day of the show 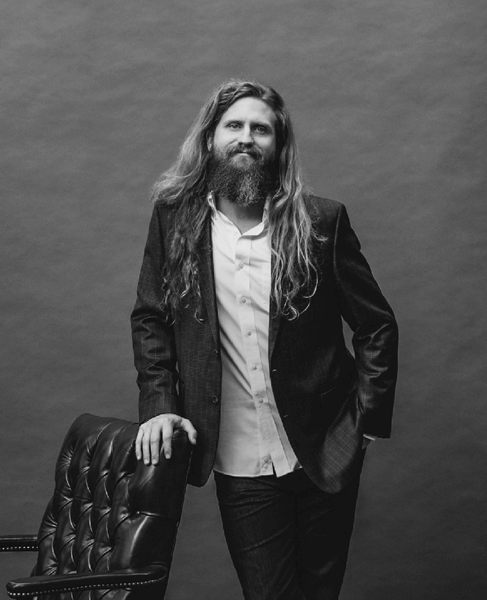 TREY MYERS is the president and founder of Turnipblood Entertainment, a full-service private events company specializing in Greek life.

Over the course of 7 years in the entertainment industry, Trey has worked in various capacities at leading agencies, including the Agency For ThePerforming Arts (APA), The Agency Group (now owned by United Talent Agency), and Nimbleslick Entertainment.

He wrote the definitive book that this content comes from, The Perfect Southern Fraternity Party.

To get your free copy of The Perfect Southern Fraternity Party, drop your email address below and we'll send you the e-book.

Thank you! Your submission has been received!
Oops! Something went wrong while submitting the form.
Entertainment booking made easy

How can Turnipblood help your fraternity? 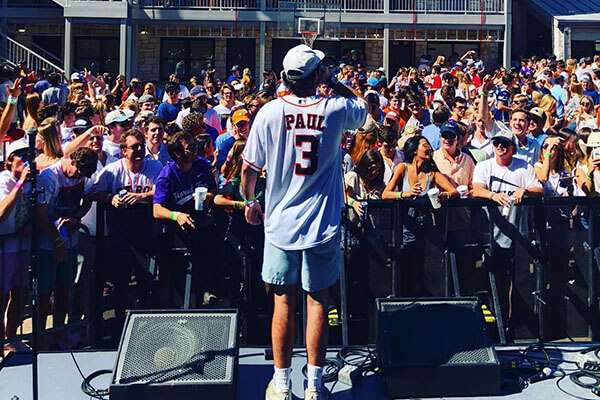 Turnipblood brings the music talent that takes your frat party from good to epic. No matter what kind of music fits your fraternity, we can provide it, along with taking care of all the logistics and production so that you can actually enjoy the event. 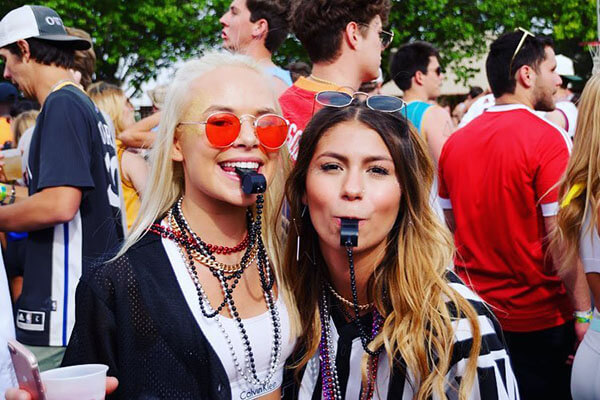 Greek Life is in our blood, and we know what sororities want from their events. We'll provide not just the music and production, but also security and everything else you need to have a great time. 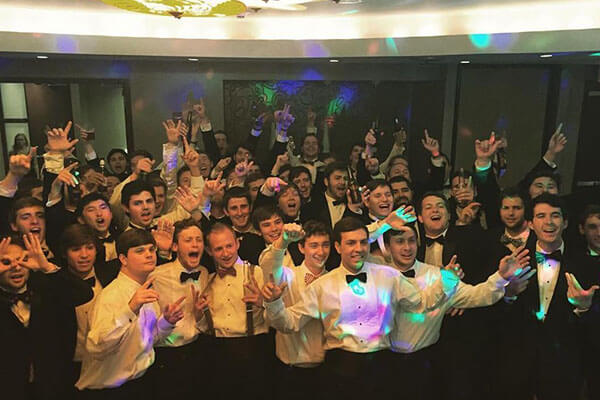 Booking group travel is stressful when you take it on yourself. Trust Turnipblood's exclusive travel partner to make your group adventures easier.

Want to talk to us about booking a party?

Use this contact form to reach out to us, or send us an email at hello@turnipbloodent.com and we’ll get back to you quickly.

Don’t worry if you don’t have all of the information requested below. Tell us what you know and we will figure it out together!

Thank you! Your submission has been received!
Oops! Something went wrong while submitting the form.